As of the AGM, the following positions have changed.

We have quite a lot coming up before Christmas!

Thanks to all who came along to the 42nd National Assembly at Blairgowrie, was a great run as usual.

I hope you are all remembering that our section show is this Sunday 10th April at the Lawrie and Symington Cattle Mart, John Street, Forfar. With over 30 bikes on show, plenty of auto jumble stalls and free parking all for just £3 entry, how could you not be there?

Here are all entry forms and regulations for the Forfar Show 2016. Please print off, fill out and return to:
JOHN LAMB, SPRINGBANK,19 HIGHFIELD ROAD, SCONE, PERTH, PH2 6RL
Please also include all payments.

Alfie Ingram will be talking to us on his interesting trips all over the world on two and four wheels on Friday 26th February.

This photograph shows my Great-Uncle Norman who, at this time, was one of the workers at the Vickers factory at Crayford making the Vickers Machine Gun as fitted to 8hp JAP-engined Matchless motor cycles, made just up the road at Woolwich, to create machine gun outfits like the one recently purchased for £46,000 by the British Motorcycle Charitable Trust to be exhibited by the Tank Museum at Bovington as the forerunner to the tank.

I do not know anything about the FN in the photograph but I have some of Norman’s tools dating from around then, all made in America.

In the 1950s Norman gave up driving his car and went back to using a motor cycle as his only transport. Perhaps because it was “built like a gun” he chose a Royal Enfield. It came from Angus Motor Cycles which was around 500 miles from Angus but was owned by Angus Herbert who had decided that his customers might not appreciate their new machines labelled “Supplied by A Herbert”. 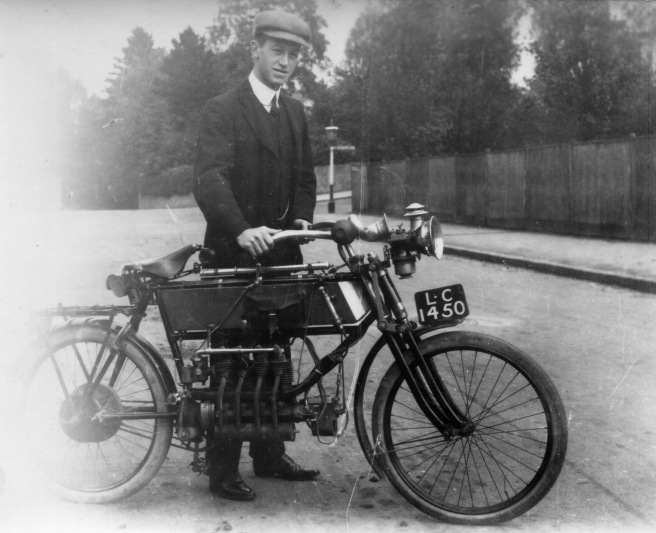 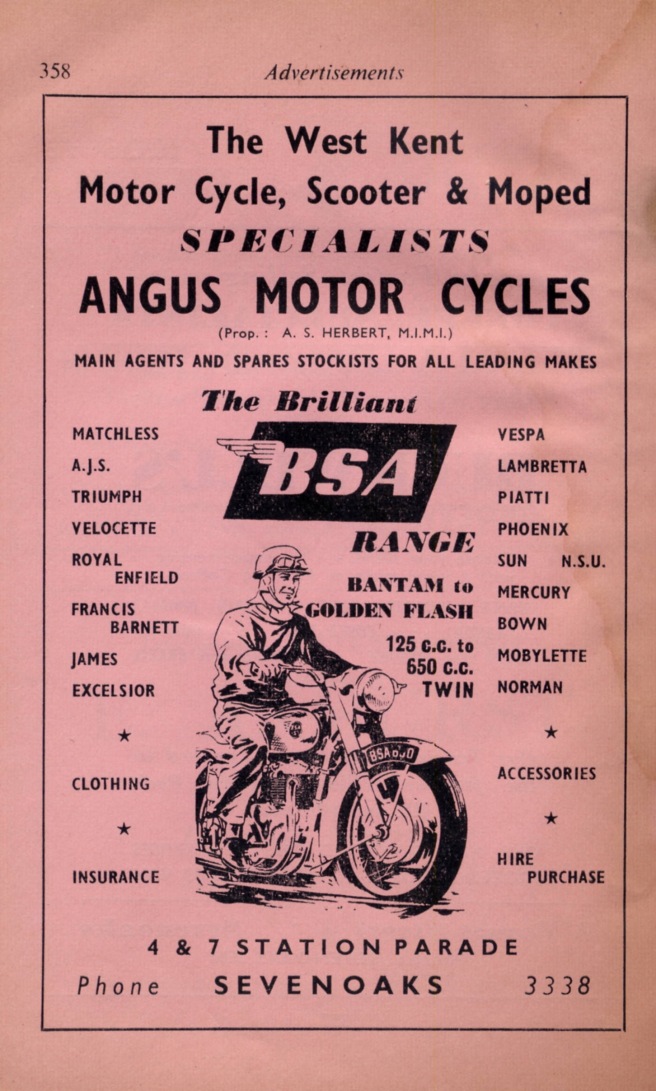